Emergency Preparedness: What We Must Learn from Japan 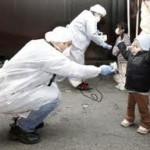 Emergency preparedness for radiation exposure from the damaged Japanese nuclear power plants is being assessed worldwide. The European Union is urging member states to examine Japanese food imports for radioactivity. Regulators in India, South Korea, Singapore, Hong Kong, and the Philippines are checking Japanese imports. Although no contamination has been reported, the U.S. Food and Drug Administration has increased radiation testing on Japanese imports.

In The Power of Positive Thinking, Norman Vincent Peale stated: “Expect the best at all times. Never think of the worst. Drop it out of your thought, relegate it. Let there be no thought in your mind that the worst will happen. You can overcome any obstacle. You can achieve the most tremendous things by faith power.” Unfortunately, many positive thinkers approach life with a false sense of security, and are poorly prepared for catastrophic or even negative consequences. Their positive thinking is often no more than wishful thinking and can be extremely dangerous.

Optimal Thinkers entertain realistic expectations and focus on optimizing situations within our control. We explore our options and make the optimal choice from realistic alternatives. When the stakes are high, we employ an optimal contingency plan against the worst-event scenario to minimize negative consequences. When evaluating risk, the probability and cost of failure (including the ability to cope with the consequences) are weighed against the cost and benefits of prevention.

Consider the Japanese nuclear radiation crisis: If a nuclear meltdown occurs, radioactive fallout would release isotopes that could attach to dust particles and enter the atmosphere. The radioactive materials would become water vapor, form rain, and then contaminate the soil.

Radiation fallout from a meltdown would result in contact contamination, in which radiation particles that settle on the surface are not ingested by either plants or animals. In this less-than-worst-case-scenario, immediate contamination of plants, animals, and humans can be eliminated with water.

However, when dangerous radioactive materials are ingested through food uptake as a result of the contaminated grass being ingested by cows, meat and milk will be tainted. This could contaminate our food supply. Contamination caused by caesium (Cs) is particularly dangerous, as it remains radioactive for around 28 years.

6 Responses to “Emergency Preparedness: What We Must Learn from Japan”