Executive Coaching for Fortune 500 Executives: Is Boeing Next?

According to the Federal Aviation Administration, more than 310 Boeing 737 jets contain 148 potentially defective parts and may need to be replaced. This safety warning comes as Boeing continues to resolve the international grounding of its recent update to the 737 fleet. The agency said 33 NG and 33 Max aircraft are impacted in the United States. 133 NG and 179 Max planes are affected globally. The FDA stated
“The affected parts may be susceptible to premature failure or cracks resulting from the improper manufacturing process”.

After reading the damning New York Time article asserting Boeing Dreamliner shoddy quality assurance, I’m wondering why Boeing executives have not integrated Optimal Thinking. They didn’t need the New York Times or two 737 crashes to be reminded that safety is a critical success factor. So why has production speed taken a higher priority for even one Boeing employee?

The Boeing 787 Dreamliner is a cutting-edge revolutionary innovation and its safety is of utmost importance, however it appears that Boeing executives deploy suboptimal project planning and project management. When companies repeatedly disappoint their customers and shareholders, they provide them with reason to go elsewhere.

When the cost of failure is high, optimism is the wrong strategy.

The Dreamliner is the first passenger jet constructed with lightweight carbon composites, and substantially cuts fuel costs. As a result, Boeing received more advance orders (approximately 850) than any other plane in history. However, it is now questionable that Boeing can rank up Dreamliner production from 12 to 14 planes on schedule. From the start, delivery was three years behind schedule, and Boeing could deliver only two dozen Dreamliners the next year, down from earlier estimates of 40 to 50, and more. Apparently, there were too many unknowns.

The plane’s production was held back by Boeing’s supply network. Apparently, Boeing executives failed to closely inspect what they expected from their suppliers earlier in the production process. There were issues outside of Boeing’s control, such as the unacceptable performance of the the Rolls-Royce engine that was to be deployed in a test plane. 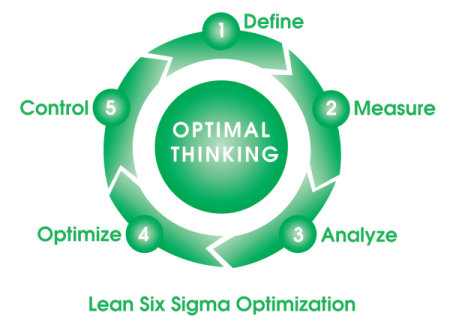 Boeing informed various suppliers to delay parts deliveries three times within a year because one supplier, Alenia Aeronautica, did not deliver the 787’s horizontal tails on schedule. Many parts had to be reworked, further slowing production.

So how can Boeing executives demonstrate first-rate leadership skills, and execute the highest priorities on time and on budget? In our proprietary evidence-based Continuous Enterprise Optimization (CEO) production approach, Optimal Thinking ensures the optimization of every activity, including design and processes, from conception to completion. Measurable results achieved with Continuous Enterprise Optimization tools and techniques are optimized and sustained, and suboptimal consequences are avoided.

When the cost of failure is high, optimization must be the everyday standard.

During optimal thinking executive coaching, executives learn how to listen and involve their customers and suppliers to optimize – not just manage or improve – business structure, resources and processes to ensure the customers’ expectations are completely satisfied. Through our proprietary customer satisfaction survey and supplier optimization analysis, executives learn how to eliminate waste and minimize the variability to provide the most cost-effective, reliable products and services. Collaborative optimal decision-making is based on facts and data while results are monitored with key performance metrics to maximize compliance and productivity, and minimize risk.

Executive coaching for Fortune 500 executives is common today, and not just reserved for remedial participation. We optimize business turnaround and achieve business optimization by:

32 Responses to “Executive Coaching for Fortune 500 Executives: Is Boeing Next?”