Optimal Thinking, the language of our best self, empowers us to be our best, pursue the best ends by the best means, and gives us the best chance of achieving everything we want.

History books are crammed with famous Optimal Thinkers from every walk of life. Albert Einstein encouraged us to live according to an Optimal standard. He said: “We have to do the best we can. This is our sacred human responsibility.” Benjamin Franklin put Optimal Thinking to work when he said, “An investment in knowledge pays the best interest.” Below is a selection of Optimal Thinking quotes from well-known people and businesses. 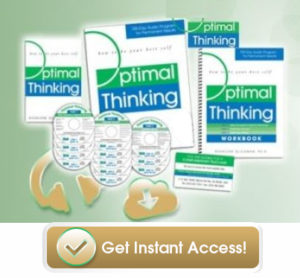 Listen to A Sample