Thought leader, Rosalene Glickman, Ph.D. is the international best-selling author of Optimal Thinking (Wiley 7 printings, and in 17 languages). Optimal Thinking is hailed by academia and the media as “the successor to positive thinking” and “the foundation of best practices and peak performance.”

Rosalene is the founder of OptimalThinking.com and the President of The World Academy of Personal Development Inc., a Los Angeles optimization coaching and training firm. She is a distinguished expert witness in cognitive analysis, leadership development and optimization.

As the leading authority in personal and business optimization, Rosalene has delivered over 2500 presentations to corporations, associations, colleges, and business groups. On an individual basis, she has provided over 30,000 hours of one-on-one coaching to numerous Fortune 500 and YPO leaders, senior executives, entrepreneurs, and rising stars around the globe.  She has ranked within the top 20 global personal development experts for the past 17 years. 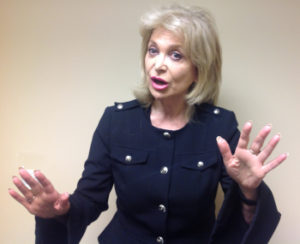 Rosalene was born in Australia, and lives in Los Angeles. This Optimal Thinking woman is the recipient of the “Woman of the Year” award for National Business Women’s Week in Hollywood.  Rosalene has been nominated for special recognition by Queen Elizabeth II for Australia’s highest award, The Order of Australia. She has been repeatedly honored by the media as “Australia’s most successful woman.”

Rosalene began her career as a high school Physics and Chemistry teacher. She has earned a Teaching diploma, a degree in Business Administration, and a Ph.D. in Psychology.

We serve cookies on our site to analyze traffic, understand your preferences, and optimize your experience. Ok. ThanksMore Info