Positive thinking? For decades, the motto of the productive world has been “Think positive!” With positive thinking, we focus on the value in ourselves, in others, and in the world. We approach life with a “can do” and “will do” attitude. Positive thinking techniques fuel persistence, and motivate us to be productive, efficient, and successful.

Unfortunately, talented people are out of work, relationships are often at risk, decent citizens lack financial security, and terrorism is a wide-scale threat. So, it’s time to admit that positive thinking has not been enough!

There are five reasons why positive thinking falls short. You can learn about four of these shortcomings below. 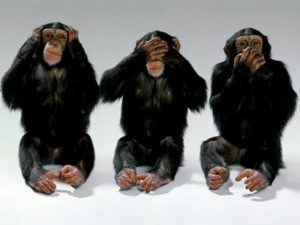 Many positive thinkers often judge, suppress, and ignore negativity. They want to hear the good news only and alienate themselves from any negative thoughts or feelings. Such positive thinkers may have many concerns about their financial situation but choose to ignore them. You have probably heard these people say, “I don’t want to hear any negativity!” They do not want to face the truth. By alienating themselves from negativity, they sacrifice authenticity, vulnerability, wholeness, and intimacy.

Some years ago, I had a similar experience within a well-known international company. The vice president repeatedly said, “Stay away from negative people. If you want to fly with eagles, don’t mix with turkeys!” The employees were expected to show enthusiasm and employ positive affirmations at all times. Whenever anyone expressed thoughts or feelings of doubt, anxiety, or unhappiness, they were labeled “negative,” and were denigrated and disregarded.

According to numerous insiders and investors, GE’s precipitous fall — while the overall economy grew — was exacerbated by CEO, Jeffrey Immelt’s “success theater.” Immelt and his senior team projected an optimism about GE’s business and its future that didn’t necessarily align with the reality of its operations or the marketplace.  This “confidence” culture trickled down the line and impacted how business units were run with consequences such as unreachable financial targets, ill-fated decisions on cash deployment, and untimely market bets.

Negative thoughts and feelings are not resolved when we suppress, deny, or devalue them. We just function with layers of unresolved problems, which affects our morale, productivity, teamwork, and ultimate success. Using positive affirmations to stifle negative issues is like putting a coat of fresh paint over rust. Sooner or later, the paint peels off and the rust resurfaces. Suppressing negativity with positive thinking can be very harmful. Too many positive thinkers experience severe emotional and financial distress because they ignore negative warning signals.

Positive Thinking Is Often No More Than Wishful Thinking. 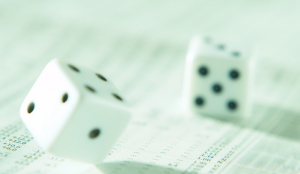 In The Power of Positive Thinking, Norman Vincent Peale stated: “Expect the best at all times. Never think of the worst. Drop it out of your thought, relegate it. Let there be no thought in your mind that the worst will happen. You can overcome any obstacle. You can achieve the most tremendous things by faith power.” Many positive thinkers believe that their dreams will be realized by a magical, divine process that is triggered by the intensity of their hopes, wishes, and faith. They approach life with a false sense of security, and are ill prepared for negative consequences. Their positive thinking is often no more than wishful thinking, and can be extremely dangerous.

Many optimistic thinkers believe that stock prices will rise, and fail to protect themselves from precipitous downturns. Sadly, their illusions are shattered when their stocks lose 20 to 50 percent of their value in unforeseen situations.

Emergency preparedness for floods, radiation, earthquakes and fire are critical for people in potential disaster areas. Military combat personnel plan for the most likely and the most dangerous outcomes. 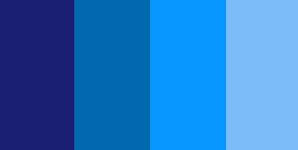 John, a mediocre positive thinker, makes a good living and is quite happy with the status quo. He has no desire to achieve extraordinary results. Susan is an extraordinarily positive thinker. She envisages herself as a multimillionaire with highly successful businesses throughout the world. John believes that Susan is a wishful thinker. Susan perceives John as mediocre and limiting. They are in continual conflict because their different levels of positive thinking are not in harmony.

No doubt you have experienced different levels of positive thinking. Often family members exhibit a mixture of thinking—most are suboptimal and on different wavelengths. Here is a conversation:

If We Don’t Optimize a Situation, We Don’t Complete It. 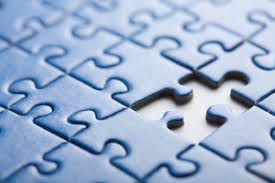 Many positive thinkers constantly seek to improve their situation. They want better relationships, more satisfying work, and higher living standards. If the current solution is better than a previous solution, it’s good enough. Such thinkers rarely experience complete satisfaction because unexplored alternatives continue to haunt them. They are often regretful because they focus on what could have happened, should have happened, and would have happened, if only… Nearly, almost, tomorrow, or even great are not the same as “complete”.

Do you constantly strive to better your life but rarely feel satisfied? These days many people are self-improvement junkies. They read the latest books, listen to audio programs, and attend copious seminars on personal and professional development. They hunger for any piece of information that will improve their lives. They savor what they find, and digest their valuable insights. Many wisdom seekers are surprised when their appetites return; some are discouraged or even desperate. Something is missing and incomplete. They never seem to have enough.

Whenever you think suboptimally and seek to improve — rather than maximize — your current situation, the quality of your life is compromised.