These U.S. presidents quotes employ Optimal Thinking, the language of our best self. Optimal Thinking empowers us to pursue the best ends by the best means, and gives us the best chance of achieving everything we want.  Visit our store to make Optimal Thinking your habit. Please share these quotes on social media.

"To be prepared for war is one of the most effectual means of preserving peace."

"Yesterday the greatest question was decided which was ever debated in America; and a greater perhaps never was, nor will be, decided upon men. A resolution was passed without one dissenting colony, that those United Colonies are, and of right ought to be, free and independent states."

"Equal rights for all, special privileges for none."

"The institutions under which we live, my countrymen, secure each person in the perfect enjoyment of all his rights."

"We must ever mandate the principle that the people of this continent alone have the right to decide their own destiny."

"For more than half a century... this Union has stood unshaken. Whatever dangers may threaten it, I shall stand by it and maintain it in its integrity to the full extent of the obligations imposed and the powers conferred upon me by the Constitution."

"Liberty and Union, one and inseparable, now and forever."

"We want no war of conquest... War should never be entered upon until every agency of peace has failed."

"A government is for the benefit of all the people."

"Friendship is the only cement that will hold the world together."

"Laws must be justified by something more than the will of the majority. They must rest on the eternal foundation of righteousness. You can display no greater wisdom than by resisting proposals for needless legislation."

"I come to the office each morning and stay for long hours doing what has to be done to the best of my ability. And when you've done the best you can you can't do any better."

"The quest for peace is the statesman's most exacting duty... Practical progress to lasting peace is his fondest hope."

"Once you say you're going to settle for second best, that's what happens to you in life."

"You must never give up. You must remember that you have to take risks in order to achieve anything and sometimes you will suffer defeat. But the mark of any individual is to recover from defeat and disappointment and go on and give it his best shot."

"Never be satisfied with less than your very best effort. If you strive for the top and miss, you'll still 'beat the pack.'"

"I would hope that the nations of the world might say that we had built a lasting peace, built not on weapons of war but on international policies which reflect our own most precious values."

"Surround yourself with the best people you can find, delegate authority, and don't interfere as long as the policy you've decided upon is being carried out."

"The purpose of politics is to give people tools to make the most of their lives."

"People should be allowed to express their opinion. But, Americans need to know I'll be making up my mind based upon the latest intelligence and how best to protect our own country, plus our friends and allies."

"I make decisions based on what I think is best for the country."

"If you're walking down the right path and you're willing to keep walking, eventually you'll make progress."

Coach Me To Be My Best

Be Your Best Audio Program 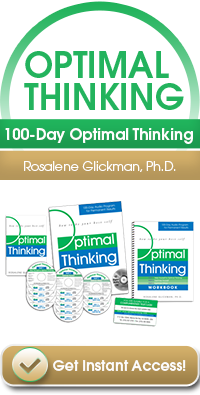