How I Became Australia’s Most Successful Woman 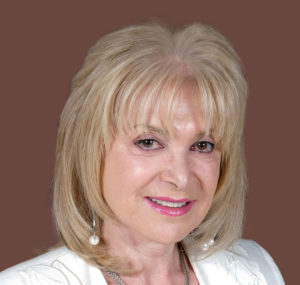 You are probably wondering how a 5’2″ Australian became “Australia’s most successful woman.” Life gives all of us opportunities. Here’s my story.

Although I was often the top student in high school math classes and solved science problems effortlessly, I had no desire to express these natural abilities in a career. Dancing was my passion. I both lost and found myself moving my body to the rhythm of my soul. My parents didn’t believe I could earn a living as a dancer, and I had doubts, so my passion was relegated to a social activity.

During my final year of high school, my father suggested that I apply for entry into Pharmacy College. I followed his advice because I couldn’t think of another alternative. From the start, however, I was more interested in playing poker and ping-pong than attending classes. At the end of each school year, I worked in a pharmacy, a curriculum requirement. I watched the clock continually and prayed for the end of each day.

It didn’t feel right and I knew I had to do something about it.

After evaluating my options and reflecting on questions that connected me to my purpose, I decided to pursue teaching. I had developed a reverence for knowledge, and it felt right. What’s more, I had often dreamed of traveling the world and meeting people from different cultures. I could now fulfill this dream during the long semester breaks. I have never looked back —and my career has never felt like work! I taught junior high school science, then senior year high school physics and chemistry, and ultimately chaired the high school science department.

I loved challenging my students with mischievous, zany problems to solve and they were willing participants.

They entered my classroom grinning, wondering what each lesson would bring. Gratefully, I achieved my purpose at that time: to make learning synonymous with fun. My teaching career evolved to encompass a love of languages, and my deepest professional commitment, Optimal Thinking, the basis of personal and professional optimization.

Since 1980, I have presented seminars in corporations and educational organizations and to individuals throughout the world. Initially, I adopted the “think positive” principle, but quickly recognized that this paradigm had serious shortcomings. I recall the following message from a well-known motivation expert: “Positive thinkers are the winners in this world. Negative thinkers are the losers. You wouldn’t enter someone’s home and dump a load of trash in his or her living room. Your behavior is equally offensive when you dump your emotional garbage on others. Fake it until you make it!” I was uncomfortable with this duplicity and lack of compassion.

Although my words had not always matched my actions, I was unwilling to consciously choose hypocrisy or to sacrifice my soul to a bravado image. I responded by isolating myself from others when I felt sad or uncomfortable, because I felt guilty imposing my negative thoughts and feelings on them. I also became the quintessential optimist. I disregarded warning signals and held unrealistic expectations of people and of life.

For a brief period, I disappointed and betrayed myself with wishful thinking. This was a wonderful gift—it led me to Optimal Thinking. 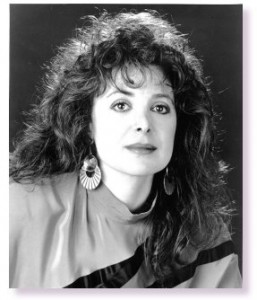 I appeared on hundreds of shows answering questions about Optimal Thinking, and even hosted my own radio and television programs. It was fun!

When an invitation to write a book arrived unexpectedly, I agreed. For sixteen years I had researched and explored this universal, peak form of thinking and the core beliefs that prevent us from thinking optimally. Along the way I discovered the five greatest shortcomings of positive thinking. What a joy! Optimal Thinking has now been translated into 17 languages.

Every time I deliver an Optimal Thinking seminar, I connect my best self with the participants. My executive coaching and life optimization programs allow me the privilege of contributing Optimal Thinking one on one. I interact with all kinds of wonderful people, including CEOs and senior executives of large corporations, small-business owners, working moms, educators, politicians, compassionate service providers, and even members of royal families. When they gain the tools to make the most of their lives, they often say: “I feel like flying out of here!” Needless to say, I love my career.

I work with a joyful heart and am blessed with endless satisfaction.

That’s because I have the privilege of helping you to consistently place your best self in charge of every situation!

5 Responses to “How I Became Australia’s Most Successful Woman”